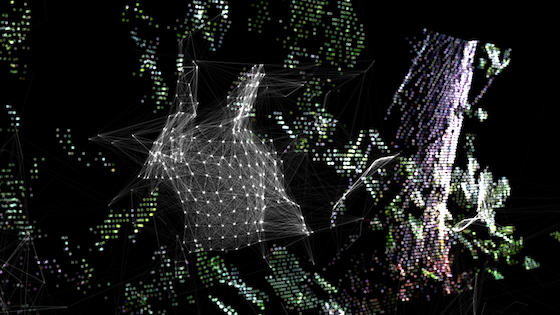 The Avian Attractor and Crow Panel are interactive installations using a depth sensor (e.g., Microsoft Kinect). We added a new value to such sensors so that we can see the world through a different lens. This is not a new idea since many creative coders are developing for their shows/exhibitions, but in other words, this tool was limited to programmers. We developed a toolkit that has a user interface usable for non-programmers, and our collaboration among artists and programmers flourished as the Avian Attractor and Crow Panel.