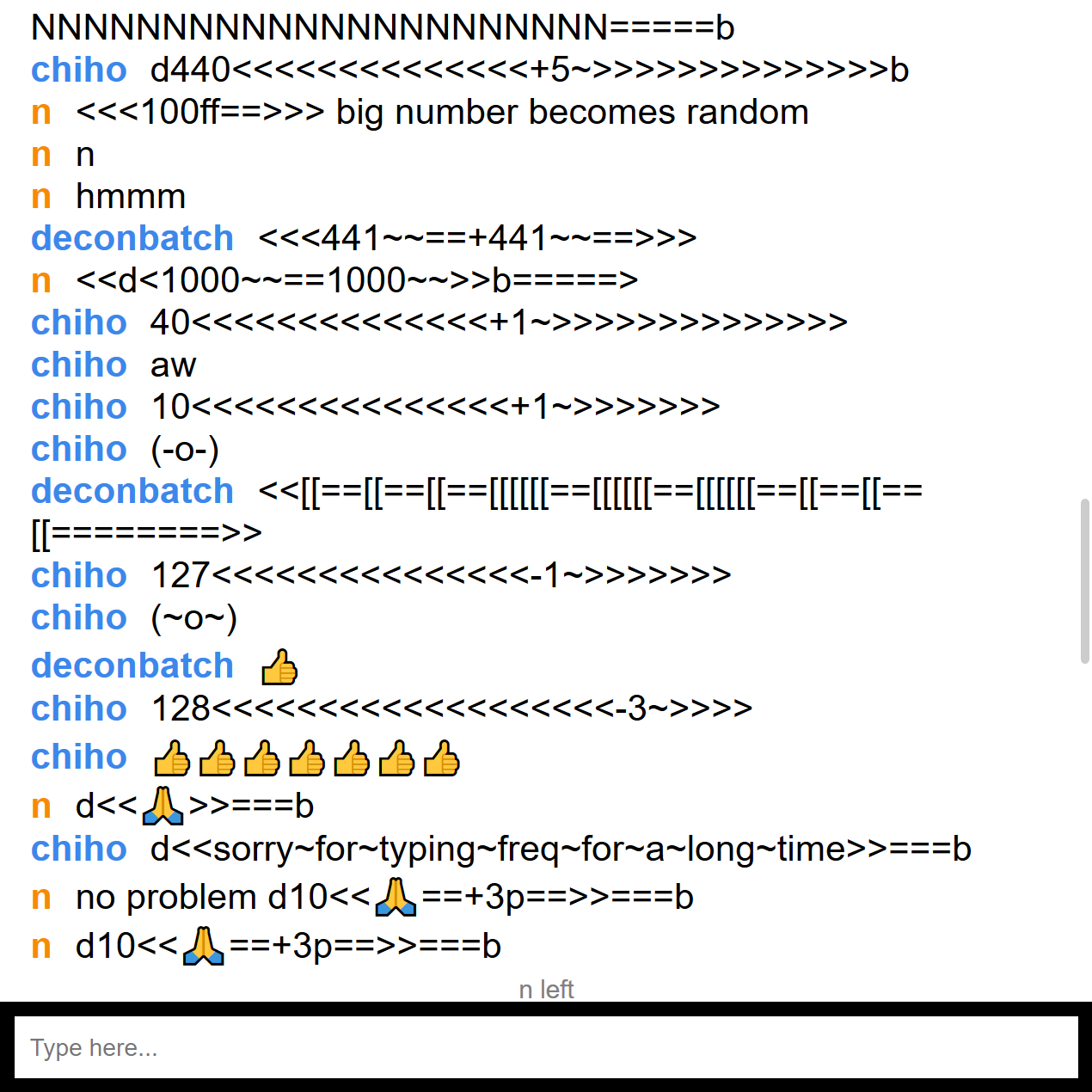 p-code oreore is an experimental chat platform for collective music live-coding. Syntax is based on p-code but numbers denote MIDI notes not frequencies, and some features are added.

This project is a shameless clone of p-code playground developed by Yosuke Hayashi and Haus.

The chat platform is run by glitch.com and is inspired by pixeljam by Olivia Jack.

NUMBER bigger than 120 will be replaced by a random frequency. Any unrecognized character will play white noise. If < is not closed, > will be automatically added at the end.

sweep from 10 and play as sine wave (eventually become random tones as it exceeds 120).