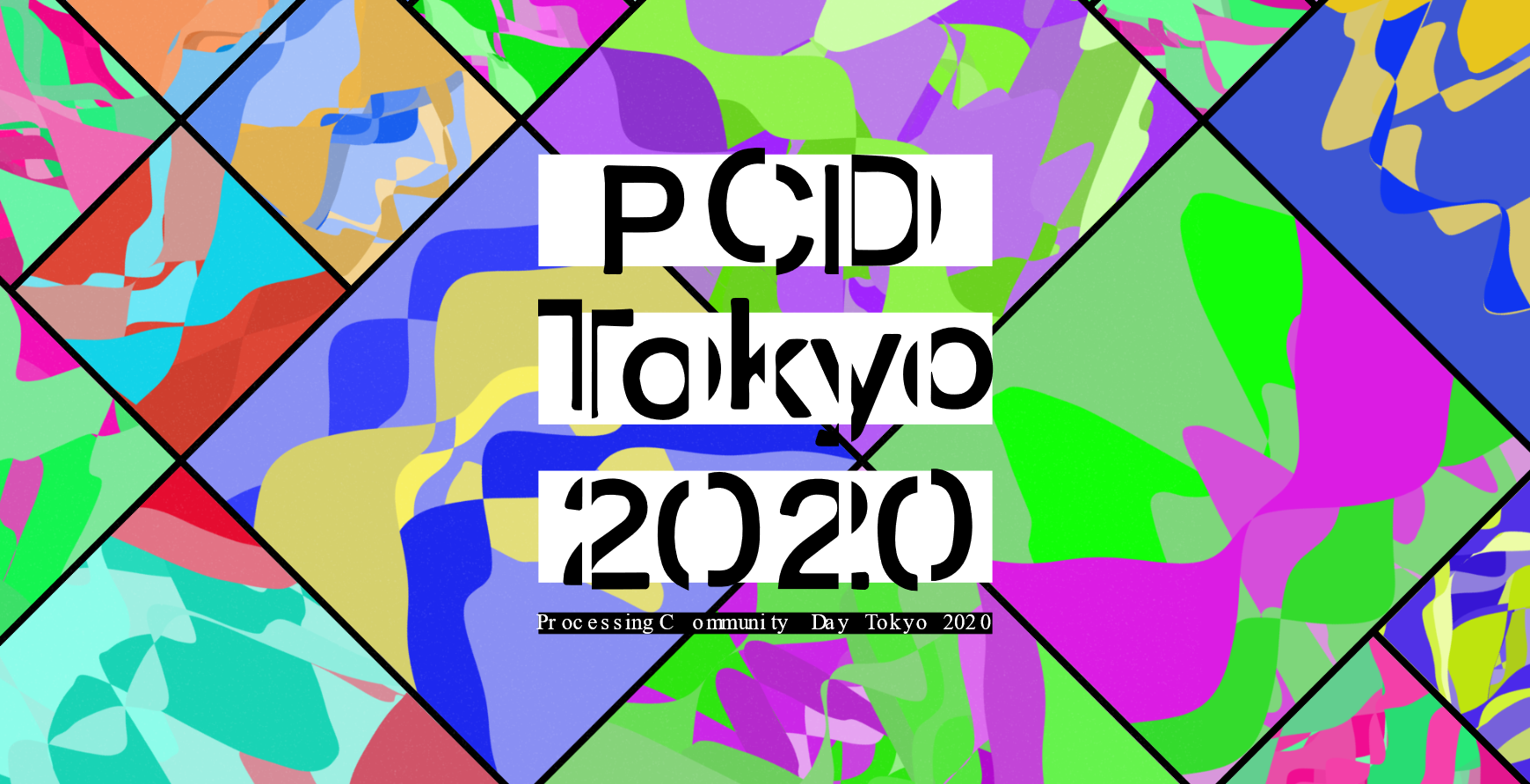 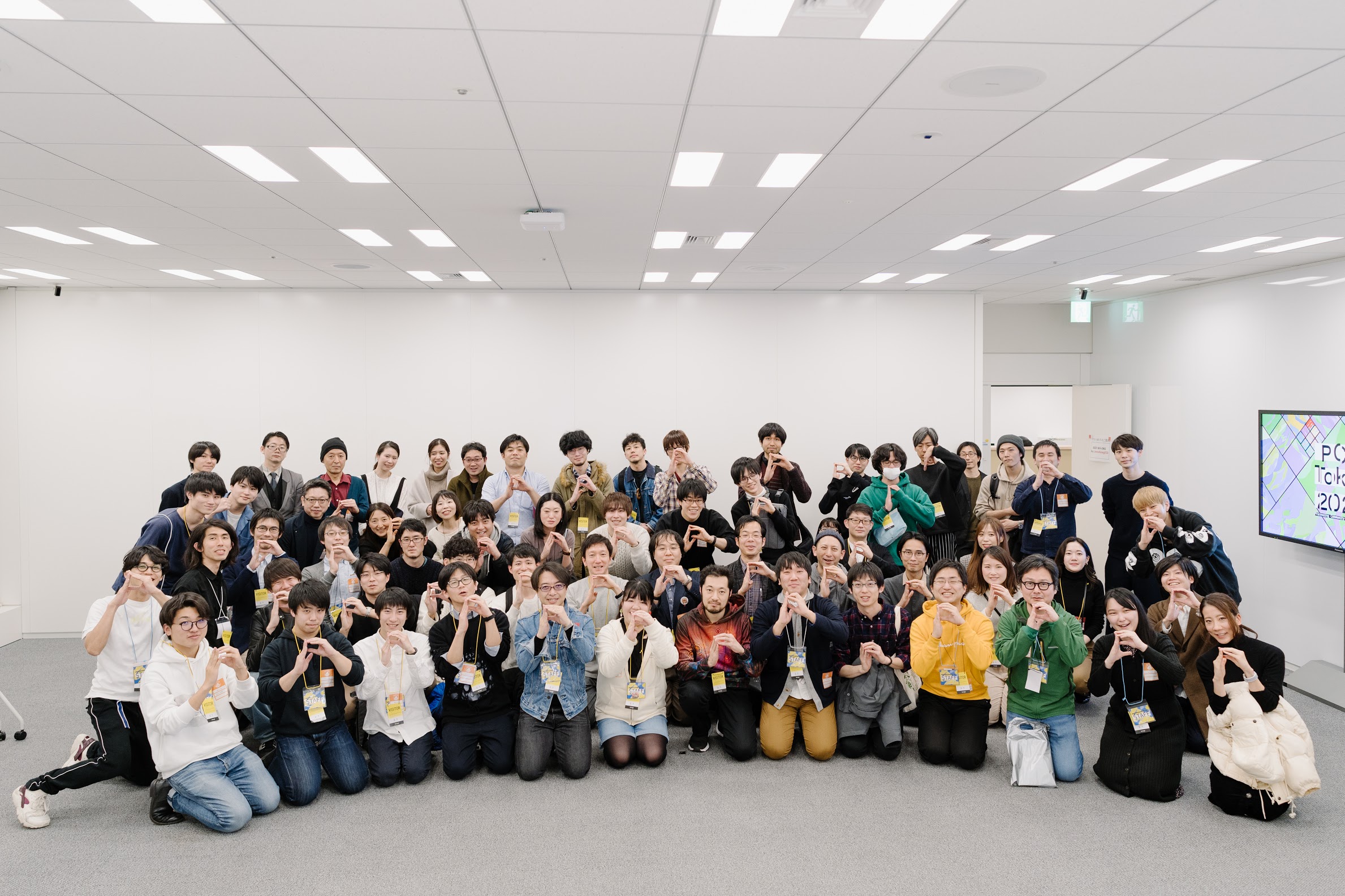 I founded the first PCD Tokyo with Ayumu Nagamatsu and Yasuto Nakanishi. This time, although I could not participate as I am currently based in Germany, we had more than 10 new organizing members and I helped the organization remotely. Therefore, this report focuses on the organizational aspect.

Though we started planning PCD 2019 in October 2018, this time we started a bit later, in November. We had the first meeting at Yahoo! LODGE, where is also the event venue, and as the team grew, I did remote meetings with those who could not make it to the real-life meeting. For PCD 2019, we naturally distributed tasks as it was run by 3 of us, but since the team became bigger, we needed to assign tasks explicitly. I interviewed all the members and formed a few groups based on their strength: mainly, communication with the venue, lightning talk, workshop and design. In the first meeting of each group, I attended remotely to give specific tasks as people can easily get lost if I do not give concrete ideas. Also, I assigned a person responsible for scheduling meetings to make meetings run smoothly. I did not assign a group leader so that there is no hierarchy in the organization. If someone needs to communicate with another group, I introduce the member responsible for that specific task - so the organization worked like a node-based network. Since most of the meetings were schedule in the evening in Japan, I had to join meetings soon after I wake up in Germany. It was a lot of involvement for me especially in November and December, which I think was an initial investment, and in January the groups became more autonomous and I only had to answer questions on Slack, to throw some reminders, and to proofread text for announcements. In addition, I am in touch with Processing Foundation in the US for further collaborations with other PCD chapters.

A photo of PCD Tokyo kickoff meeting that I joined remotely

Since I curated and organized the lighting talks (LT) in 2019, I worked closely with takawo and Reona, who were in the LT group. Takawo presented at the last LT, and Reona led a beginner workshop in Processing. They agreed with our vision of PCD Tokyo and joined the team While continuing their commitments in 2020 as presenters. Although we called it LT group, in 2020, we added a talk session, a live-coding session and a “consultation room” where we collected a few questions regarding technical things and career.

The day started with 2 keynote sessions by Satoru Sugihara and Akihiko Matsumoto. Although they have different expertise, architecture and music, there is an intersection - algorithm - in their practices. 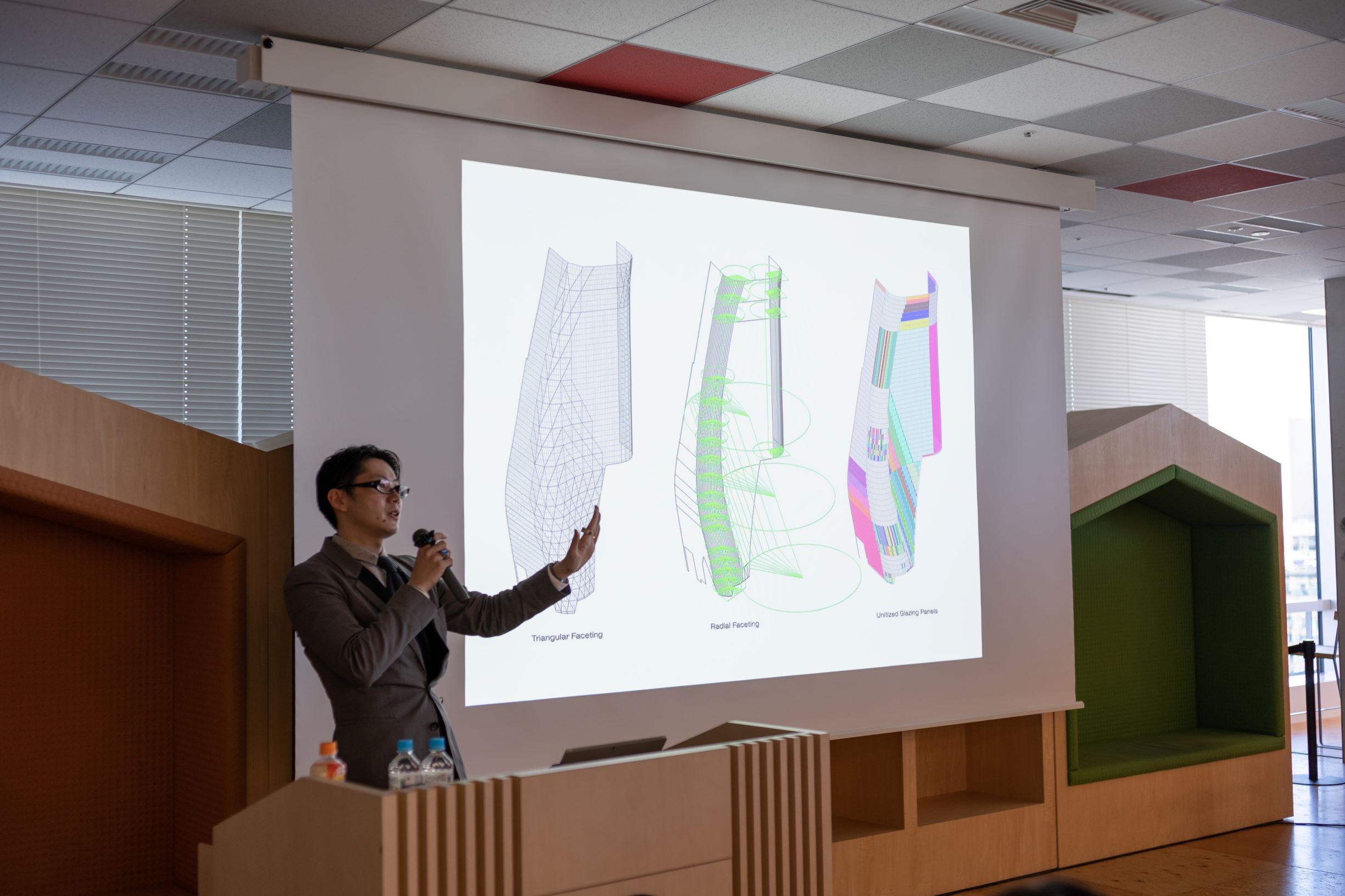 In the LT session, there were various topics from programmers and artists. Ayumu Nagamatsu is a core member of PCD Tokyo, and he presented how he became a creative-code freelancer. I respect him a lot as he is active as an artist and a freelancer, and he is from the same generation as me; moreover, we are the founding members of PCD Tokyo. Hina Nakamura created an installation for her gratudation project that uses Processing and Arduino for painting. Not only technical details but she explained the concepts behind the piece. Naoki Yasuda presented programming for third-person shooter games. What I was impressed was that he made browser-based slides that runs p5.js sketches on it. Taito Otani presented his workflow of using p5.js inside Max4Live for not only audio-reactive visuals but also physics simulation that triggers synthesizers in Ableton Live. @moxus is an artist known for live-coding, and he introduced his WebGL-based tool Kusabi. I agreed with his words, “do not make hidden techniques only for mastery.” Mayuko Kudo is a friend of mine from the same school in Cologne, and she presented an installation to poke a Japanese traditional sliding door covered with thin paper, among her works about augmented reality and projection mapping. She also talked about future ideas, such as projecting aquarium on a garbage collection point, and I am curious about her next works.

The second half started with a talk session about daily coding, moderated by takawo with presentors Hau-kun, nasana and Almina. They presented their approach to daily coding, which is an idea to produce and to upload sketches every day, followed by a discussion about how to continue this habit. Since I have been following their online discussion led by takawo to prepare for the event, I am happy that they had a constructive discussion and they inspired the audience.

At the talk session, I posted a question “how many hours they spend for daily coding” from Germany and they answered that each of them spend roughly one to two hours.

Niinomi launched his online platform NEORT at the last PCD, and he made a followup talk this time. Not only he organized the exhibition at PCD 2020, he joined the organization team for planning other logistics.

The last session was live-coding performances from 3 groups. Yosuke Hayashi from Haus is developing a live-coding sound instrument p-code, and they performed with a chat platform that audience can join to write p-code snippets and to play together. I have already seen the project when Akihiro Kubota presented it to us, and since then I have been making a p-code clone, so I am glad to see the performance. Atsushi Tadokoro is one of the well-known live-coder, and he performed a short-version of 100 Fragments using TidalCycles and GLSL shaders. I have seen his work in Tokyo and Berlin already, and since we planned the live-code session for PCD, he was the first person to came to my mind. I am glad that he kindly accepted to perform as well as to give a workshop about ml5.js on the same day. Shihpin the Livecoder also used TidalCycles to perform, overcoming technical issues. He coded polished techno sound and we should definitely follow his works as he also performs visual live-coding using Hydra.

Performance by Haus and the audience using p-code 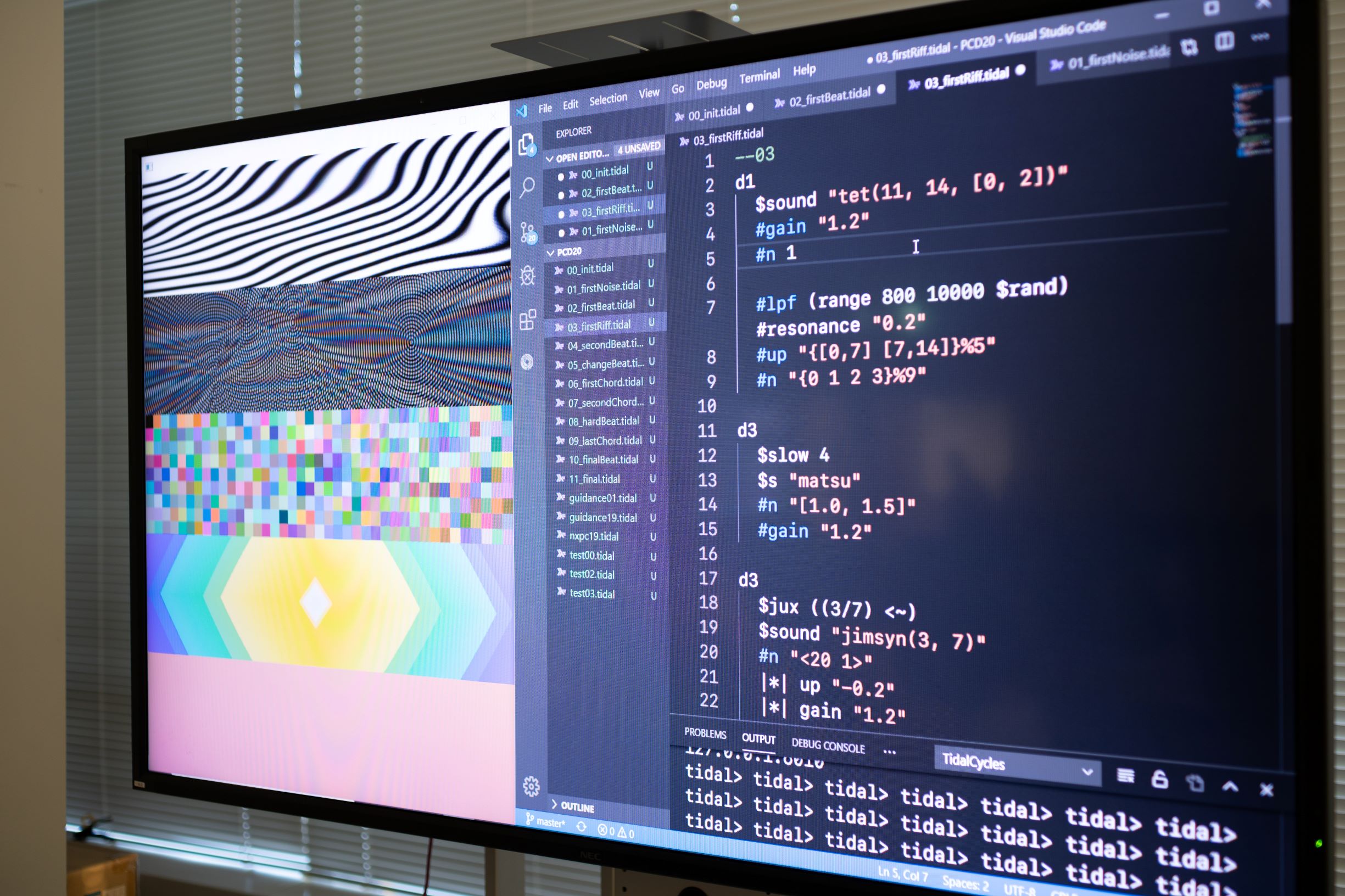 We organized various workshops including one for teenagers, one for beginners, sound, math, GLSL, gaming and machine learning, which all had positive feedback. 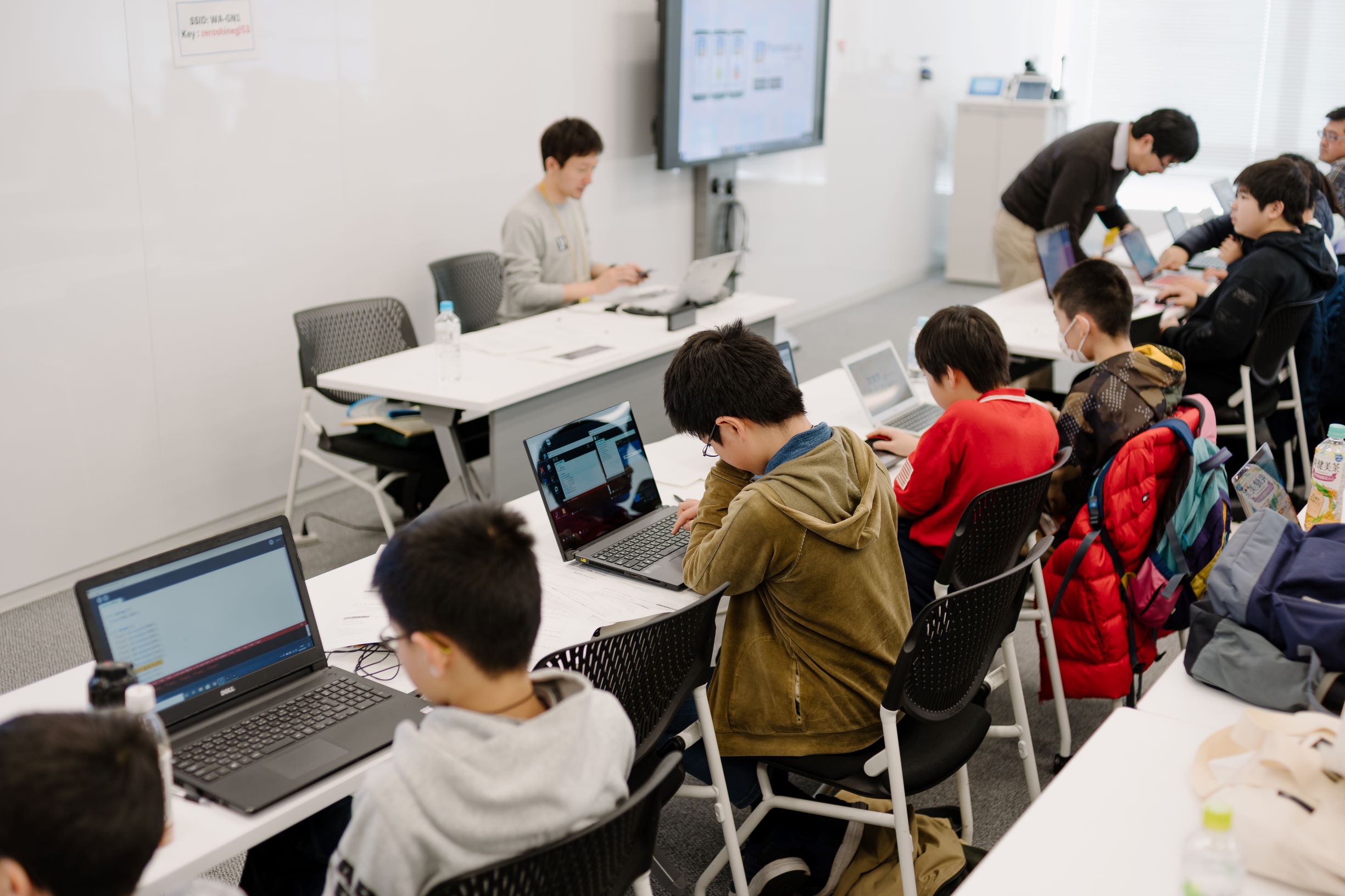 A teenager workshop led by Nori-san 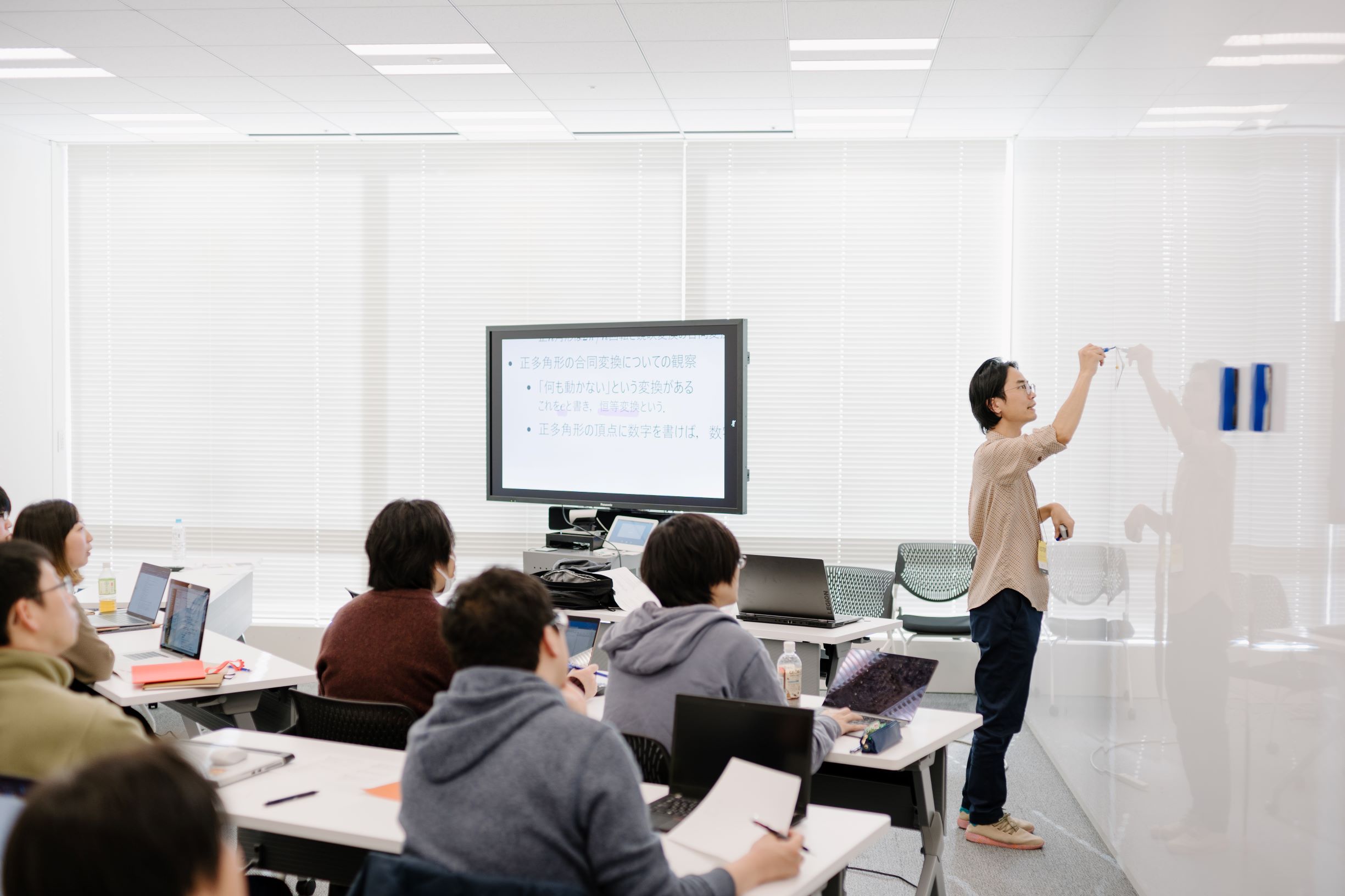 Another photo from the workshop by Tatsuki Hayama

The day ended with a round table to discuss topics around generative art, lifestyle and career. 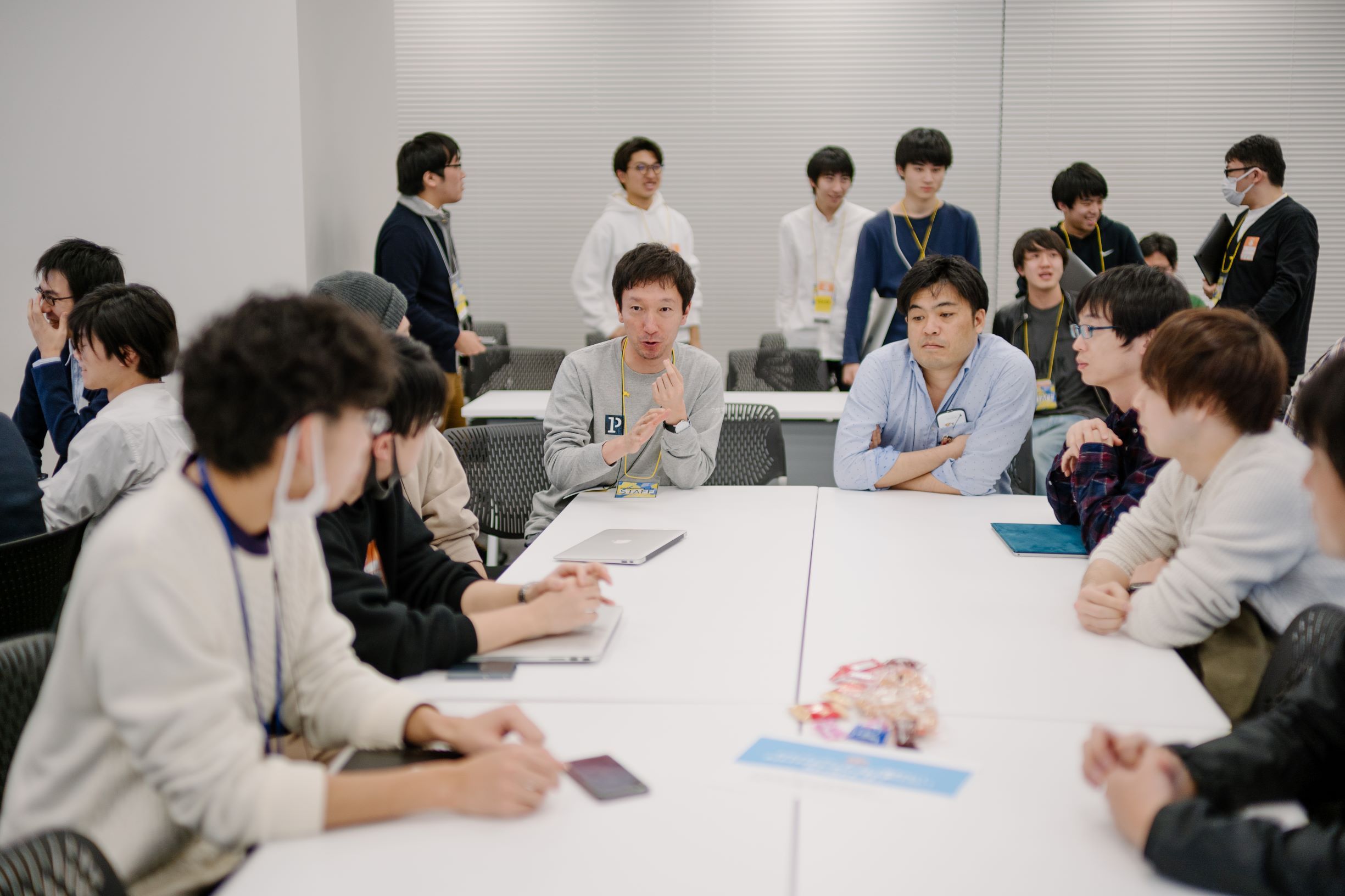 I enjoyed community building aspect while organizing the second PCD in Tokyo. During the first PCD, I wanted to give a more technical talk or to lead a workshop, but because of lack of time I worked mostly behind the scene to make a welcoming space for all. There, I learned that I do not necessarily have to present my work to others as my field is niche - around neurodiversity and adapding algorithmic methods to other medium. Rather, what I can bring to the community in Japan is my experience abroad, for example, the participation in the first PCD in Boston before they started worldwide and also at a week-long intensive workshop at School for Poetic Computation. Based on these experiences, I started building a community in Tokyo from scratch which does not belong to any existing institutions. I am glad to see the emerging color of PCD Tokyo. With takawo, Reona and Chinyuri, we created a cover image with p5.js, and our style is different from that of the video jockey scene, for example. It does not mean PCD should follow a specific style, but what I mean is that we are creating our own value and aesthetics. Furthermore, we are rebranding Processing from the image related to beginners’ programming language while keeping the philosophy of helping each other.

At last, I would like to give credits to all the organizing members:

All the photos (except Twitter embeds) in this article are taken by Shion Fukushima. And special thanks to deconbatch, who actively posted PCD-related sketches on twitter.

Here are the reports and slides from the presenters (in Japanese).

A cute sketch from Chinyuri