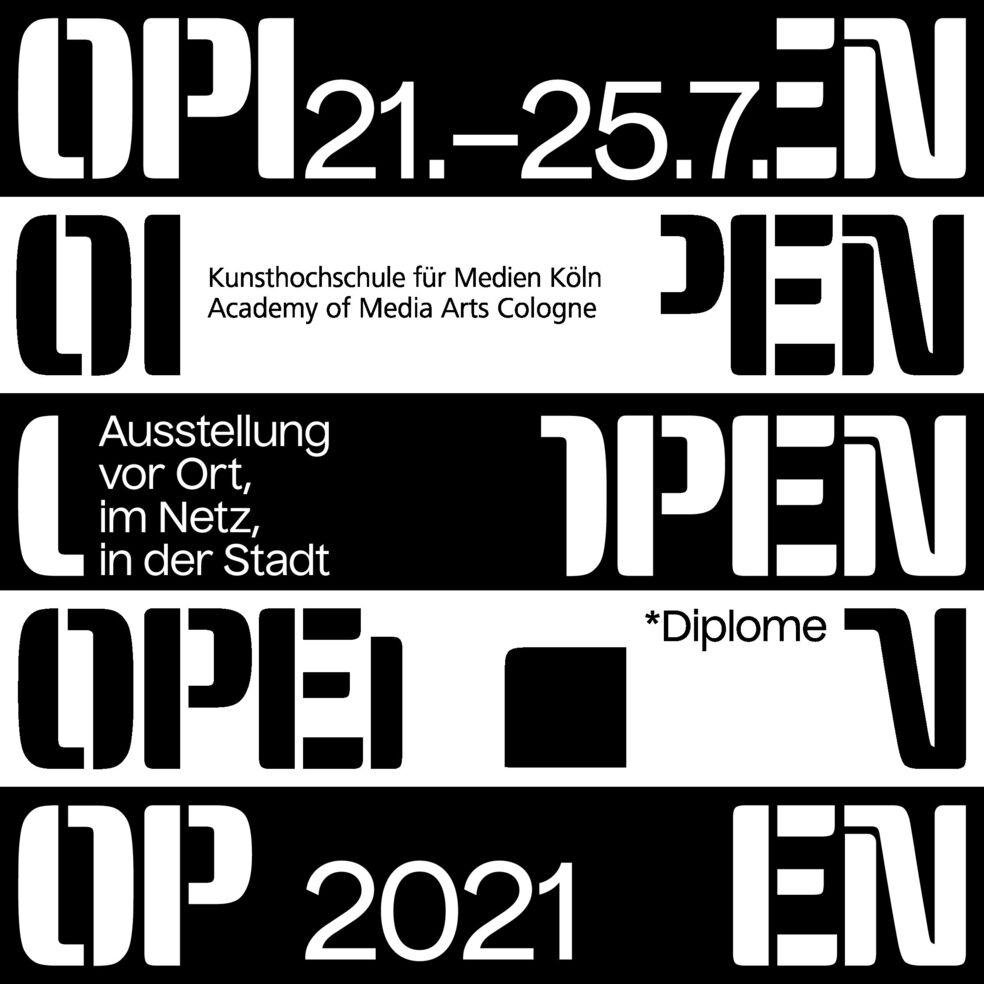 At KHM (Academy of Media Arts Cologne), there will be an annual exhibition KHM Open from July 21st to 25th, 2021. Besides diploma exhibition and screening, there are interventions by students around KHM and online. As a student at KHM, I am part of a few projects during KHM Open: KHMN Festival, netze exhibition and posters. 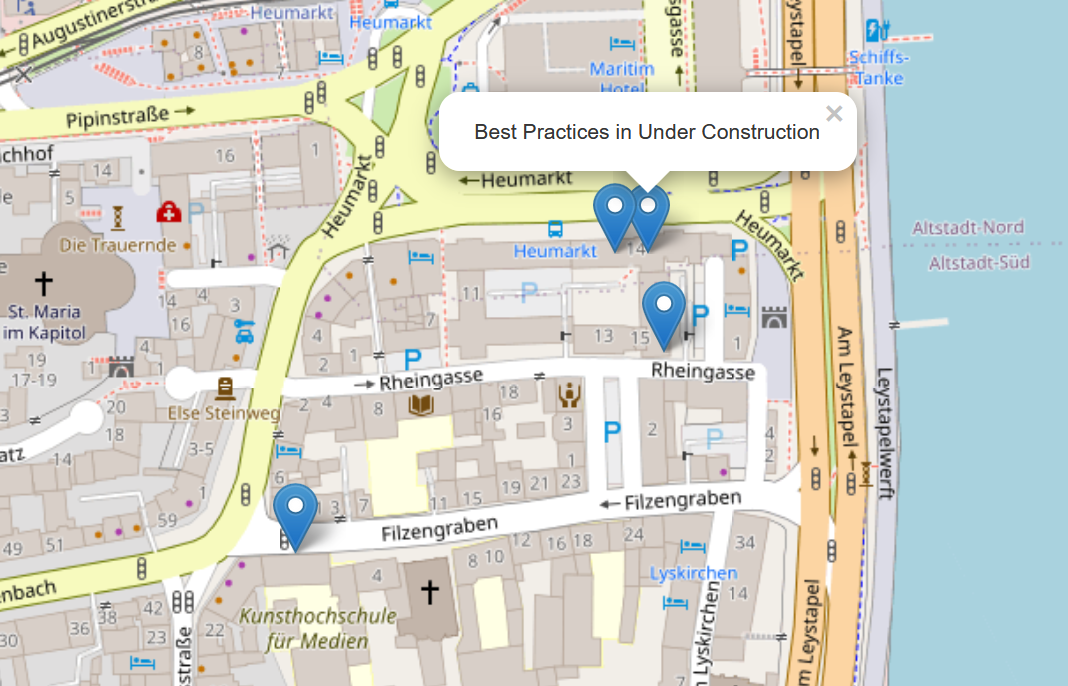 KH門 Festival is a showing of the seminar ctrl-space led by Christian Sievers.

The works on display reflect the difficult conditions for art during the pandemic and are partly very personal reactions to the experience of being locked out, from each other and from the social space KHM. The proclamation of the KH門 Festival is the counter-proposal, the ceremonial opening of all spaces to the public. The title is a pun on “KHM”. 門 is the Chinese and Japanese ideogram for gate/door and is pronounced [mu:n] / moo͞n in Korean, and similarly in many East Asian countries. (from the website)

I created an interactive website using Svelte and Leaflet (OpenStreetMap). The contents are added on the go, which feature videos, images, performances and more around KHM and other venues. Besides the website, I designed banners to be installed in a construction site in front of the former Handwerkskammer building, which is going to be renovated as a new KHM building. 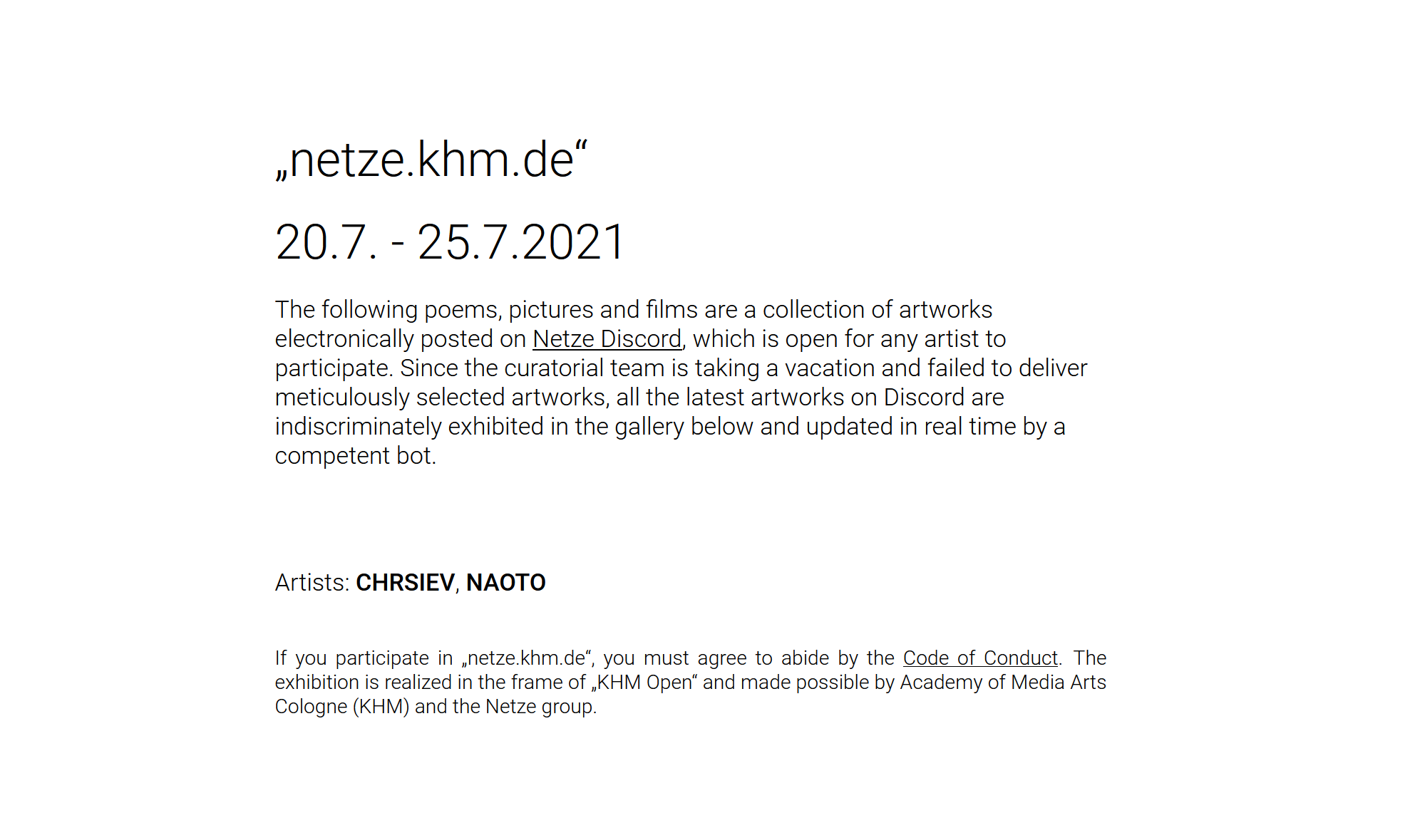 netze.khm.de is an online exhibition. The poems, pictures and films are a collection of artworks electronically posted on Netze Discord, which is open for any artist to participate even outside KHM. Since the curatorial team is taking a vacation and failed to deliver meticulously selected artworks, all the latest artworks on Discord are indiscriminately exhibited in the gallery below and updated in real time by a competent bot.

While I worked on the concept, design and system, the website holds an “authenticity” to be an official exhibition of the Netze group at KHM. 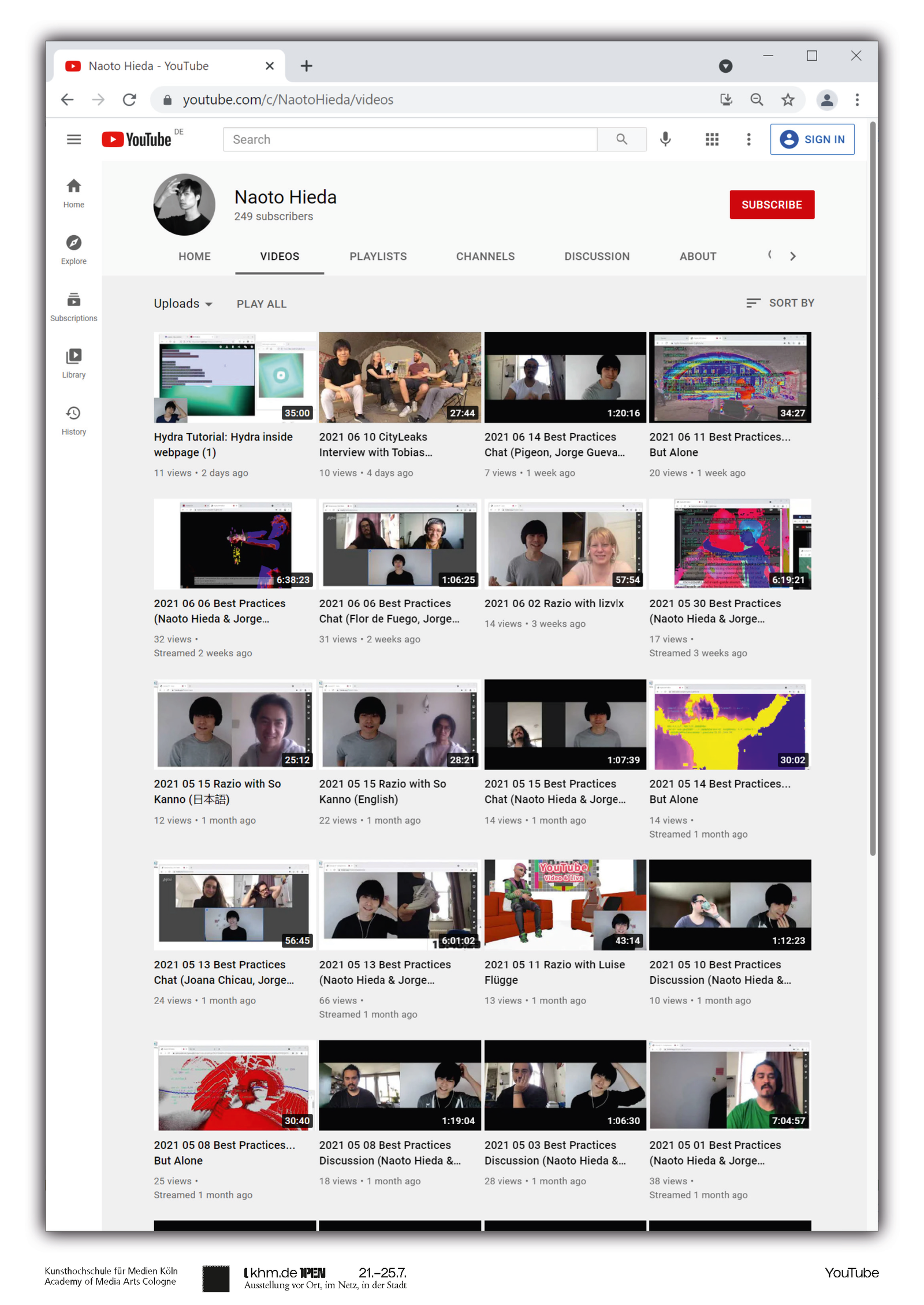 I created a poster straight out from my YouTube channel. These posters will be shown throughout the city starting from August 17th.